We all have our own hopes and dreams. Unfortunately, we often get educated to treat them as such - merely dreams. However impractical, would it not be a better attitude to at least try it or modify it rather than just discard it from our system?

The other day, my sister sent me a highly inspirational article called 'How to make a living doing what you love '. At first, I thought, 'Not another one!' But after reading it, I felt like it was a reminder for me to stay strong, because lately, my confidence to chase my dreams began to waiver again.

I hope the article will be equally inspiring for you.

http://www.kerismith.com/howto.htm
Posted by Unknown at 08:36 No comments:

When I first set up this blog, I vowed to update it weekly. I was doing very well until a month ago, when I left England for Hong Kong and have since been struggling with getting internet access at home.

I still haven't got internet at home. I wonder if I'm blocking it somehow. Perhaps I should put Louise Hay's positive affirmation work into practice and affirm that 'I have access to internet at home. It is running very smoothly. All is well.'

This past month has been rather strange. Last month, in late August, I left Oxford, got home, finished my packing and hopped onto a plane all within 24 hours - I hardly had time to fully digest my week of Summer School before I found myself in Hong Kong!

Summer School was amazing - I can't wait to return there next year! I was expecting people to share astrological information such as 'What's your Sun/Moon/Mercury sign?' etc but when I was asked 'At what degree is that?' I thought, 'Wow! Now we're getting technical!' I then surprised myself by telling others the degrees without needing my birthchart! In the past five years of my formal study with the Faculty, I have, inadvertently, memorised most of the degrees of my planets in my birthchart!

During my first hour of mingling, I found myself in a group with two other astrologers. As we shared our astro-info, we learned that we all belonged to the water element - I'm Pisces, Lyndal's Cancer and Anna's Scorpio: The Water Trinity! How uncanny that we unintentionally gravitated towards each other:) I think my favourite part was when the three of us were late for the Gala Dinner and ended up on the big table with the Faculty staff. During the celebration meal (it was the Faculty's 60th birthday), one student called out 'Let's thank all the people sitting at the top table who made this event possible!' Lyndal, Anna and I looked at each other and thought 'We didn't do anything!' Afterwards, some students asked us how on earth we managed to get ourselves onto the top table and we replied 'Just be late!' 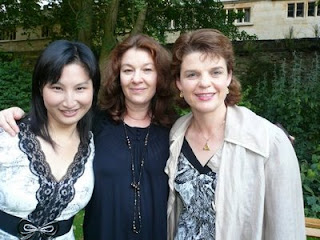 I felt really down when I left Oxford. 24 hours later, I was on a plane for Hong Kong. I've been praying for this opportunity for over a year, but as the noise of the plane engines got louder, I felt a tug at my heart. When the plane finally took off and I could feel the plane no longer in physical contact with the British soil, I felt a huge pain in my heart. Suddenly, I had a vision of Lyra from Philip Pullman's 'Amber Spyglass' (which is also set in Oxford!), who is about to journey into the underworld without her daemon. For those of you who have read the books, you will be aware that your daemon never leaves you. I remember when I was reading that scene, I could really 'feel' Lyra's heartache as she chooses to leave her daemon behind. If I remember correctly, she could feel the emotional cord between herself and her daemon snap - and that was the feeling I had as the plane took off - I felt the pull of the cord between myself and England, which was a total surprise, because I didn't even know this bond existed! Maybe the bond was the people I've left behind. In the end, it took me over two weeks to get over this 'snapping of the cord'. I actually felt wounded without sounding too dramatic! One of my cousins here reckoned it's because I didn't give myself enough time to adjust, afterall, I began my new job a day after my arrival! 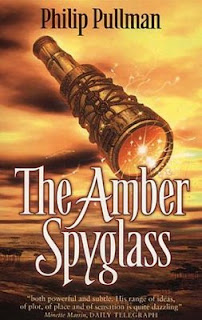