I remember over a decade ago, a friend of mine received a complimentary astrology report which brought tears to her eyes.  She claimed that the recount on her childhood was spot-on.  She even contemplated on ordering the extended version, which required a fee.  Curiosity got the better of me and I requested my own free report.  After reading it though, I regrettably informed my friend that it was identical to hers and it certainly didn't bring tears to my eyes.

It's such a shame that there are unscrupulous astrologers giving astrology a bad name. 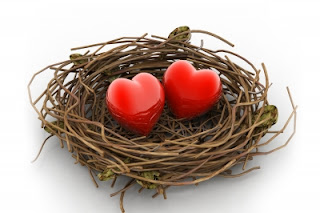 The other day, a colleague of mine shared an entertaining story she had read from a children's picture book:

Once upon a time, there was a tadpole that was in love with a caterpillar.  They were practically joined at the hip.  All was well until one day, Caterpillar vanished from the face of the earth.   Tadpole was heartbroken.  Unbeknown to Tadpole, Caterpillar had hidden herself away in a cocoon.  Tadpole focused so intently on searching for his love that he was unaware of the physical changes occurring to his body - the gradual disappearance of his tail and the growth of limbs.

Eventually, a beautiful butterfly pushed her way out of the cocoon and soared into the air.  She had not forgotten about her great love.  She flew around the forest, asking all creatures great and small if they had seen her Tadpole.


'No,' came the answer.  Feeling distraught, she continued on her quest and encountered a frog.

'Excuse me Mr Frog, I'm looking for my...'  Butterfly did not get the chance to finish her question as the frog captured the butterfly with his extended tongue and swallowed her.

I laughed when I heard the ending.  But then, I had a thought.  Essentially, Tadpole and Caterpillar's love for one another had not diminished.  The only obstacle was their transformed external shells.

What about us?  Would we get so caught up with external appearances that we fail we recognise our soulmate?


Image: renjith krishnan / FreeDigitalPhotos.net
Posted by Unknown at 19:06 No comments:

Becoming good friends with a fellow reiki practitioner in Hong Kong was a miracle to me.  However, we all have our destined paths to follow.  My newly-found soul sister soon returned to her home country with her husband.  I was gutted when I first heard about her decision - I am a human being after all.  As a believer of positive affirmations and a fan of 'The Secret', I began to send out my cosmic order for more spiritual friends to enter my life.
With Mercury and Mars in retrograde at various times during the past few months, I've had my emotional ups and downs.  I originally attributed them to the fact that I had too much time on my hands during the major breaks (e.g. Christmas and mid-term) to feel sorry for myself.  But then, even as I resumed my usual work routine, I felt something was amiss.  A few individuals around me noticed this change and invited me along to meet their friends as a way of expanding my social circle.  As grateful as I was to their kindness, I still felt something just wasn't right.  I couldn't explain it at all.  I knew meeting these people may even exacerbate the situation so  I declined their offers.  I knew I was happy with my work, that for once, I am in the right place doing the right thing.  It wasn't until I finally met another spiritual soul with similar interests to me that I realised what was missing in my life - a circle of friends in my vicinity to really share my spiritual beliefs with.  I don't just want to 'preach' but to really discuss and appreciate the teachings with like-minded individuals, and to provide support for one another.   The heaviness in my heart finally lifted and the spark within me re-ignited.  I feel this is another 'booster shot' to my belief system; that however strange and unacceptable my New Age beliefs may appear to other people, I am to stand by those teachings because I am a lightworker and nothing will change that.
Posted by Unknown at 11:12 No comments: