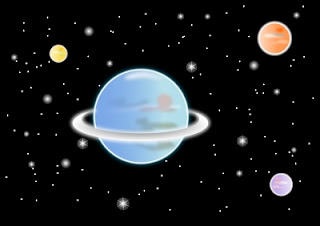 Sunday 24th November: VOC in Leo from 16:58
Image courtesy of Bandrat / FreeDigitalPhotos.net
Posted by Unknown at 22:05 No comments: 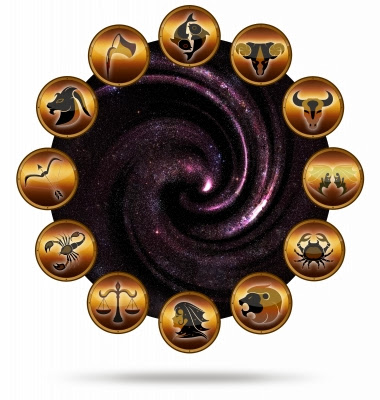 I normally only hear from one particular close friend every time when the planet of communication goes retrograde.  She would give me updates every few days on how the Trickster has been causing havoc in her life.  I would repeat the same message to her over and over again, 'Is there something you need to address?  Something you have been putting off?  All these delays and disruptions are merely trying to catch your attention, to halt you in your step so that you will take a good look at that issue.'

She knew exactly what that issue could be.  In fact, something traumatic happened around the Aries lunar eclipse last month which finally made her review her current life and what her previous dreams/goals were before her workload took over her life.  Now that she is back on track, I have not heard a single complaint from her during the current Mercury retrograde cycle.....

Each transit has its own message to the native.  The sooner we become aware of it the better.  The current Mercury retrograde transit has been acting as a trigger to my Saturn and Neptune transits.  I've been wondering (and dreading) what the combination of t. Saturn in 4th, t. Neptune in 8th, t. Jupiter in 12th and t. Pluto trine Saturn might reflect in my life.  There's been a lot of digging into my past with the help of various tools, such as hypnotherapy and family constellation.

Thank you Neptune, for your gift of selflessness.  My head knows exactly what t.Neptune conjunct my Mars wants me to learn (to blur the boundary of my ego), but recent events have made such an impact on my emotional body that now I feel I'm back in the flow, instead of feeling out-of sorts.

Thank you Saturn, for your gift of perseverance. I give up easily but since my first Saturn return 5 years ago, I have learnt to tap into the positive side of Saturn (e.g. determination, maturity) instead of the negative (e.g. fear and rigidity).  This is especially so in how I relate to others (t. Saturn forming a square with my ASC-DSC axis several times this year).

Thank you Jupiter and Pluto (trine Saturn) for making the process of confronting my demons as painless as possible.

Sunday 17th November: VOC in Taurus from 23:15
Full Moon in Taurus at 15:15
Image courtesy of Bandrat / FreeDigitalPhotos.net
Posted by Unknown at 23:39 No comments:

Sunday 10th November: VOC in Aquarius from 13:57
Image courtesy of Bandrat / FreeDigitalPhotos.net
Posted by Unknown at 23:23 No comments: 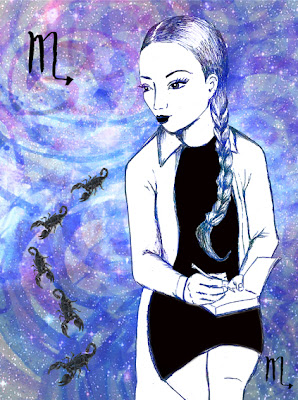 As if the energy is not intense enough cosmically, we have a solar eclipse in Scorpio to look forward to this Sunday.  Solar eclipses are super new moons.  The duration of this eclipse is 3 hours 22 minutes, which roughly translates to 3 years and 4 months of influence (1 hour = 1 year).

The Sun and Moon conjoins in Scorpio at 11 degrees 16 minutes.  A Scorpio solar eclipse could denote an intense start where we wipe the slate clean psychologically. Saturn, North Node and Mercury also conjunct this new moon, indicating the structuring of an idea that is in line with our life path.

Upsets are possible with volatile energy such as Mars inconjunct Uranus, Pluto-Uranus square tightening at 9 degrees.  However, it can bring us a sense of healing (Mars oppose Chiron and sextile the New Moon cluster), especially when we use our powers effectively (the new moon rulers, Mars and Pluto, in a trine).

Where does this new moon fall in your chart?
Posted by Unknown at 23:17 No comments: