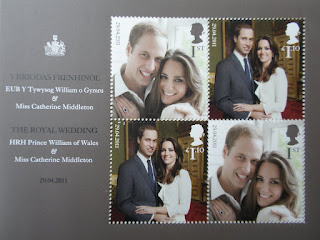 Huge congratulations to Will and Kate!

What a breath of fresh air! It's so uplifting for the world to share their happiness after witnessing a series of disastrous events occuring across the globe, from the Libyan protests to the Japanese Earthquake, to name but a few.

I was tempted to analyse their charts and synastry but as Kate's birth time is still unknown, I thought it best to leave the delination until that piece of information becomes available.


Though thousands of miles away from London, I am now following the royal wedding live on TV. I cannot describe this warm feeling I'm experiencing in my heart - maybe it's the fact that a third of the population in the world (as it is allegedly claimed by the BBC!) is expected to watch this joyous event, and so I feel it is the opening of our heart chakras as we sincerely bless this couple a wonderful future together. 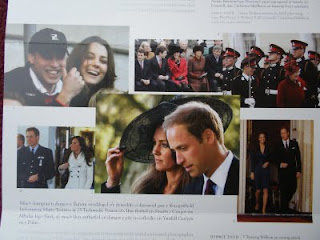 The birthchart is often referred to as a map of potential pathways for one to live out. In a given lifetime, one tend to explore a few possible routes depicted in the chart. That is why it is important to have an interactive consultation with a client, as a way of discovering which potential has been chosen. I feel in the case of Sir Richard Branson, his ceaseless appetite for adventure has motivated him to live out many of his astrological potentials. From the depths of the ocean to the far-reaches of outer space, he wants a piece of every action (Uranus in Cancer in 11th house trine Jupiter in Pisces in 8th house; Uranus ruled by and sextile the Moon, of which oppose Jupiter).

Known to be shy in private (Sun in Cancer locked up in 12th house), this man has accrued an immense amount of cash and power with his global enterprises (Pluto rising in Leo; Saturn-Jupiter opposition across 2nd-8th house axis). Though not always successful, Branson displays his keenness to live life to the full by dabbling into a myriad of investment opportunities (Venus in 11th trine Mars in 3rd but square Saturn in 2nd), from travelling (Virgin Atlantic Airways) to music (Virgin Megastores), telecommunications (Virgin Media) to beverages (Virgin Cola).

With his Mercury in Leo, he communicates with flair and has a knack for grabbing attention. His 3rd house is ruled by Virgo, which naturally co-rules communication, a conjunction pair between Neptune and Mars in Libra further adds another layer to his style of thinking - creative and bold. He has the determination to transform his ideas into reality. A highly self-motivated individal (eastern hemisphere and cardinal fire emphases), Branson has the confidence and assertion to find his own niche in the public arena (Aries MC). If he can dream it, he can make it.
Posted by Unknown at 11:42 No comments: 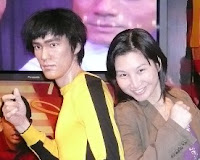 A local documentary series on Bruce Lee has spurred me onto the path of unrivalling this kung-fu legend's astrological constituents.

A Sagittarian with his Sun conjunct the Ascendent, Lee had a philosophical approach to life. Lee's wife recalled her husband's passion in martial arts and how he injected his life philosophy into his work (Sun trine and rules Pluto in Leo in the 8th house). As a guest on The Pierre Berton Show, Lee compared the movement of martial arts to the mutability of water. 'Be formless, be shapeless like water. [...] Be water, my friend.' With his Neptune in Virgo in the 10th house and Pisces on the 4th house cusp, Lee had creatively and comfortably immersed the idea of fluidity into his kung-fu work.
'Don't think, feel.'
Looking at Lee's chart, it is interesting to note the conjunction between his Moon (feelings) and Mercury (thinking) in Scorpio, with the former in detriment. Thinking and feeling are merged and undistinguishable. His emotions ran deep, as did his thinking. He was likely to be incisive and precise with his mental power. With both these planets ruled by Pluto and further receiving a square from it increases the intensity. Luckily, this intensity is ameliorated by the trine to the Sun. Therefore, Lee knew it was his destiny to carry out his mission in life without the extra heaviness. His perfectionistic tendency was likely to have stemmed from his MC in Virgo and Mercury oppose Saturn in Taurus. Being perfect and asthetically pleasing were likely to be what he sought in his work.
Lee's iconic image changed the way westerners perceive Chinese people back in the 60s (Moon, Mercury, Venus & Mars in Scorpio packed in the 11th house, all received a square from their ruling planet Pluto in Leo in the 8th house). His success was earned through his sheer determination and diligence (Jupiter-Saturn Taurus conjunction in the 5th house oppose the 11th house bundle; fixed T-Square in 11th-8th-5th houses). Lee was the first Chinese to play a significant role in a Hollywood movie. In the TV series 'The Green Hornet', his chaffeur-like outfit caused a westerner to mistake him for an insignificant worker on the set. Lee shrugged off the insult in a typical Saggitarian manner, and explained he wasn't upset by the incident because he was Bruce Lee.
Posted by Unknown at 21:08 No comments: