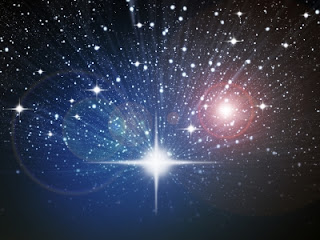 Image: FreeDigitalPhotos.net
Posted by Unknown at 17:35 No comments: 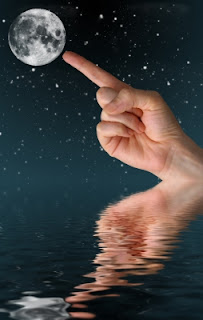 
Image(s): FreeDigitalPhotos.net
Posted by Unknown at 00:32 No comments: 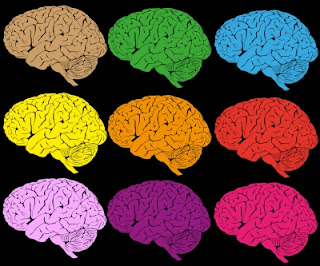 Another New Moon in Gemini on 19th June (16:02 BST), giving us a second chance to deal with the energy delivered by the cosmic twins.

In the backdrop, we have the Uranus-Pluto square becoming exact on 24th June.  Some astrologers believe that its effect have already been felt as early as last year, but with it forming an exact square this month, it will be interesting to observe what the 'earthy reflection' of this potent aspect will be.  Could it be rioters elevating their demonstrations ('Occupy Wall Street' style) to a higher level, displaying their anger, hatred and distrust (Uranus in Aries) against those in authoritative roles in the government or financial institutes (Pluto in Capricorn).  We also have the Euro Crisis on the table, with a number of countries begging for a bailout from the EU.  Whatever the outcome, it will have a rippling effect on the rest of the world, so noone escapes this unscathed, though it is a matter of getting a slight bruise, or a stab in the stomach.

On that 'cheerful' note, how can we make the most of the Gemini New Moon this month?

Neptune in Pisces square the nodal axis is urging us to have trust in the Universe and practise the art of surrender.  There is only so much we can do before we admit to ourselves that there are times when the situation is simply beyond our control, so the last thing you can do is just give it all to the Universe and ask for its intervention.  Surrender and release.

On an individual level, with an array of planets in the air sign of Gemini (New Moon at 28 degrees 43 minutes, Venus retrograding in Gemini conjunct the South Node and Jupiter), we are called to give our belief system a big spring clean and ask ourselves what we really value in our lives.  Some of us may get fed up with the global difficulty we are all in and get tempted to look for short-cuts (tapping into the shadow sides of Gemini, e.g. trickery).  Unfortunately, with Mars in Virgo and Saturn in Libra, square and trine the new moon respectively, along with Pluto in retrograde quincunx Venus in retrograde, we are asked to keep our integrity intact and work through our issues by playing fairly.  Why not use the flexibility of Gemini to find alternative routes out of your situation instead?

NB:  I would like to say a special thanks to all of you for taking the time to read my blog and giving me feedback.  Unfortunately, I'm finding it difficult to reply to every single post so I apologise in advance if I don't get to answer your comment.  Feel free to hop in and respond to other posters' astrological questions if you feel inspired to do so.

Image courtesy of FreeDigitalPhotos.net
Posted by Unknown at 11:58 No comments:

Two weeks after the solar eclipse in Gemini, we have a partial lunar eclipse at 14 degrees 14 minutes Sagittarius on 4th June 12.13 (BST).  This is a Strawberry Moon because according to Native American folklore, June is considered to be the month for harvesting strawberries. (http://www.youtube.com/watch?v=aszUiI6J-L8).  Further investigation led me to the fact that each full moon has its own name:
http://www.farmersalmanac.com/full-moon-names/

Full Moons are culmination points, a time when the Sun fully illuminates the Moon and the shadow qualities are under solar glare.  In Sagittarius, the seeker of truth, we may hold a set of beliefs on how the world works, but do you force your beliefs onto other people?  Where are you being judgmental?  What's true for you may not necessarily be true for other people.  Look for 14 degrees 14 minutes Sagittarius in your chart and see which house this lunar eclipse falls in.

With the Sun, Venus (in retrograde), Mercury and the South Node in Gemini, we have a brigade of planets focusing on the mind.  This is not just a time to ponder on the facts, but to go beyond the superficial and extract what's true for you and release inauthentic materials from your system.  What do you truly value in your relationships with others and with yourself?

This lunar eclipse square my natal 8th house Sun, though conjunction and opposition are the major aspects normally considered.  Let's see if this will bring a message/insight, which creates enough discomfort in my system for me to delve into my solar abyss of the 8th and do some soul searching there.


Free images from FreeDigitalPhotos.net
Posted by Unknown at 00:40 5 comments: