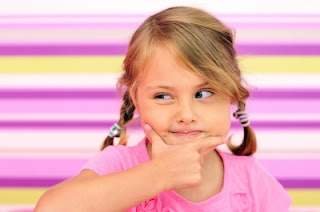 Mars, the planet of action, has been slowing down its pace, getting ready to go in reverse from 24th January and will go direct again on 14th April.

On the surface, 'Mars' and 'retrograde' may not seem to go hand in hand.  Traditional astrology claims that when this fiery and aggressive planet goes backwards, all actions should be put on hold.  However, that may not be practical, with the current retrograde period lasting up to 3 weeks.  Personally, I found that any actions executed during a Mars retrograde, which have been carefully researched and thoroughly planned out, can bring positive results.  The 'retrograde' is not referring to 'no action', but 'no rushed actions'.  Just like James H. Boren's quote, 'When in doubt, mumble; when in trouble delegate; when in charge, ponder'.

Mars can be impulsive but in Virgo, the brash energy is being filtered and dampened.  Virgo demands meticulous order and critical analysis.  Superimpose the retrograde on top, we are encouraged to be even more scrupulous with our actions.  There's no need to be scared into a state of inertia.  In retrograde, Mars needs to direct its energy inward. So in essence, we are still 'doing' something, i.e. researching,  fine-tuning, just that it's not an overt action, so to the public, you appear to be idling.

Let's crunch some numbers.  Mars will begin its retrograde motion at 23 degrees 5.5 minutes on 24th January and will halt at 3 degrees 41 minutes on 13th April.  These degrees were already covered from 18th November 2011 to 23rd January 2012.  Any planets within these degrees will receive a transit from Mars, requiring them to slow down and reconsider.  Then from 14th April to 19th June, Mars will yet again traverse over these degrees, so going over old ground again.  What happened between 18th November 2011 to 23rd January 2012?  Between 24th January to 13th April, those issues will get a second chance to be scanned over.  Then from 14th April to 19th June, the same ground will be traipsed on again, so whatever you have missed out on the previous two occasions, you have a third chance to triple check before Mars leaves Virgo on 3rd July 2012.

What natal planets/angles does Mars aspect?  Which house(s) is Mars transiting in?  Where's your natal Mars?  Since this Mars is ruled by Mercury, take a look at your natal Mercury too.  Also check out the house with Aries on its cusp.